The presidential election is over and a new America has begun. Do you recognize the mark on the podium that you saw at the recent inauguration and government press conferences? It’s the Great Seal of the United States, which is engraved on the desk in the White House’s Oval Office. It is also used on the flag of the President of the United States, lined up behind the desk alongside the American flag. 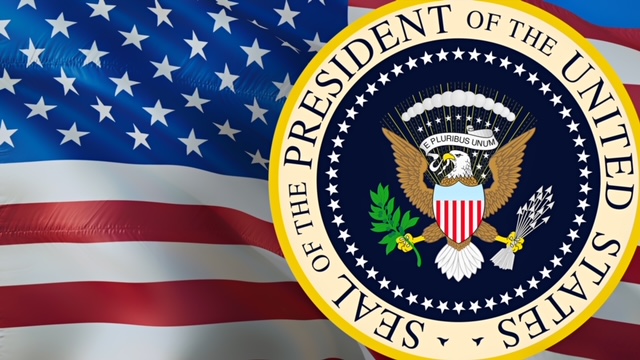 Seal of The President of The United States with the USA flag background. US seal for Presidents day, 3d rendering. Presidential seal design isolated on a USA. US Coat Arms-Washington, 2 May 2019

This bald eagle has a slightly humorous appearance that looks like the legendary creature “Tengu” found in Japanese folk religion when viewed from the front. The average wingspan of these birds is 6 to 7.5 feet (182 to 229 cm) while the average weight is about 6.6 to 14 pounds (about 2.9 to 6.5 kg). Their flight speed is about 30 mph (about 50 km), and in the case of a dive, it can reach 100 mph (160 km). Its brave appearance is exactly the right style for the “national bird.” 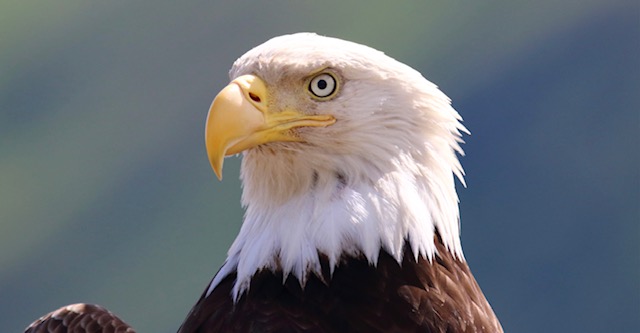 Bald eagles travel south from Alaska and Canada in search of food in the winter. In particular, areas of the Mississippi River basin along “Great River Road” in Minnesota and Illinois as well as the Illinois River basin are famous viewing spots. Some of these rivers are fast-flowing and do not freeze on the surface, making them a good feeding ground for bald eagles. Sometimes you can even catch a view of hundreds of bald eagles flying as a group along the Mississippi River. 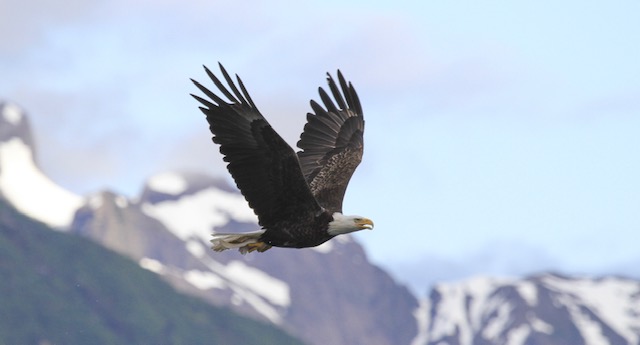 Here are some recommended spots to visit from around Illinois.

“Starved Rock State Park”
Starved Rock State Park is a vast area located in western Illinois and a popular destination for hiking in the summer, leaf tours in the fall and bald eagle watching from the fall through winter. The park is fully equipped with accommodations like lodges and cabins (pets allowed). It’s currently open with limited capacity under the COVID-19 restrictions. Additionally, the Illinois Waterway Visitor Center on the opposite bank of the park is a famous watching spot.

According to local information, bald eagles like the cold weather but dislike snowy days with poor visibility. For watching, avoid heavy snow days and aim for an early morning on a calm day. The closest town to this state park is Ottawa, where the first debates between Abraham Lincoln and Stephen Douglas took place in 1858. The state park is a 15-minute drive (about 8 miles) away, so we recommend a “mini trip” where you can stay the night before and enjoy the historic cityscape of the west.
Nowadays, we can’t go out much due to the global pandemic. However, we can try to avoid the crowds by enjoying the winter nature and bald eagle watching!