How to enjoy Chicago’s famous architecture from film locations

Here at Activ8, we’re proud of our headquarters city, Chicago, not least because of its deep connection with Hollywood. Chicago is widely known as a mecca for location shooting, whether for movies or TV series. Below are just a few of the movies shot in Chicago.

How many do you know?

Let’s go deep into two films that showcase some of Chicago’s best-loved locations.

This legendary comedy about the brothers Jake and Elwood has become an immortal masterpiece. The soundtrack features soul legends like Ray Charles, Aretha Franklin and James Brown.
Chicago provides the backdrop for unforgettable scenes like the car chase with police under the elevated L train and the South Side church where James Brown, playing the pastor, dances and screams the line, “Did you see the light?” The church, Pilgrim Baptist, is located at 9114 S. Burley Avenue in the South Chicago neighborhood, and Blues Brothers fans still visit. You can find other Blues Brothers locations here: bit.ly/2SbaCkF 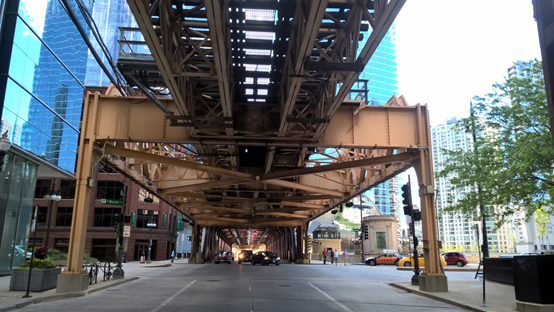 Chicago also has a reputation as a location for action flicks. Michigan Avenue’s Magnificent Mile and the skyscrapers lining the Chicago River have been destroyed in more than one action movie! In the Transformers series, thrilling scenes, like parachuting from a skyscraper and a smoking car rollover, were filmed here. 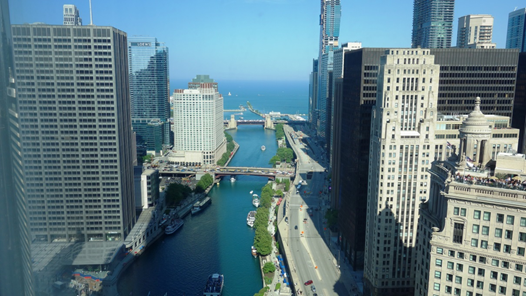 (Photo caption): The epic “Battle of Chicago,” which blazed through the city’s skyline, was filmed in the streets of the city’s downtown and River North neighborhoods, along the Chicago River.

Now let’s talk about a storied Chicago locale featured in blockbuster hits. South LaSalle Street–between West Adams and Jackson streets–is not only home to Chicago’s financial district, but also a featured backdrop in “Spider-Man” and “The Dark Knight,” among other noteworthy films.

Known as the LaSalle Street Canyon, the area draws cameras like a magnet draws steel. Skyscrapers were born in Chicago, and LaSalle Street boasts the world’s oldest steel-framed skyscraper, the Rookery Building, built in 1886. The Chicago Federal Reserve Bank building rose in 1922 and features an impressive Greek portico. South LaSalle Street dead-ends into the majestic Art Deco skyscraper that houses the Chicago Board of Trade. Built in 1930, the Board of Trade building appeared in “Dark Night” in the scene where Batman and the Joker confront each other. The Board of Trade building has also appeared in “Batman Begins,” “Ferris Bueller’s Day Off,” “Transformers: Dark of the Moon” and “Dark Age,” and “The Untouchables.” 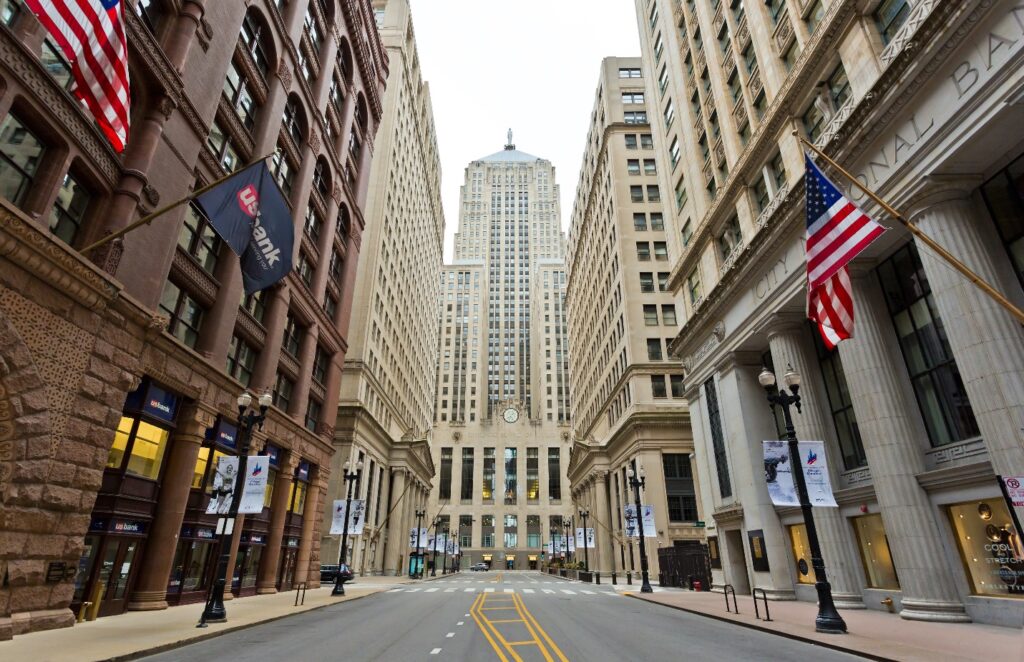 (Photo caption): The Chicago Board of Trade building at the end of LaSalle Street

Whether you are here in Chicago or far away, you can enjoy the charming cityscape’s mix of historic and modern buildings through film. Just keep in mind that this dynamic city continues to lead the way in architecture, especially skyscrapers. So, the next time you visit Chicago, the skyline may look different!