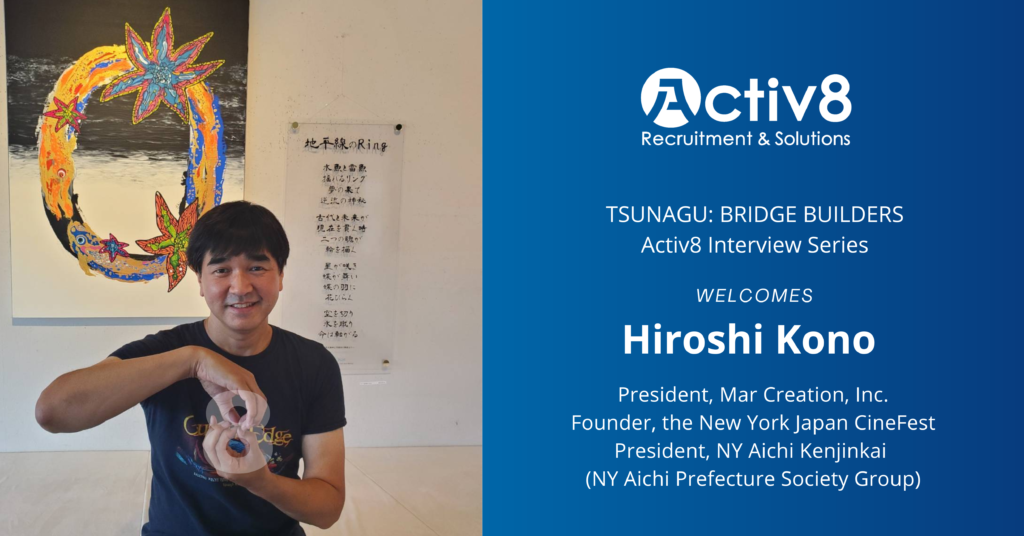 Hiroshi Kono is a multi-talented native of Japan who founded an event-production company called Mar Creation based in New York City. He came to the United States in 1992 and has played an important role in event production and artist management as well as helping found the New York Japan CineFest, a film festival featuring Japanese short films. But for Kono, the source of energy for his creative lifestyle is rock music!

Kono started dreaming of moving overseas when he was 12. “I listened to Deep Purple’s ‘Smoke on The Water,’ and the shock and emotions I felt were the start of everything,” he said. After that, he purchased an electronic guitar, and becoming a rock guitarist was all he could think about. “I wanted to chase rock and go to the UK, so my teenage years were filled with part-time jobs to save money to go overseas.” 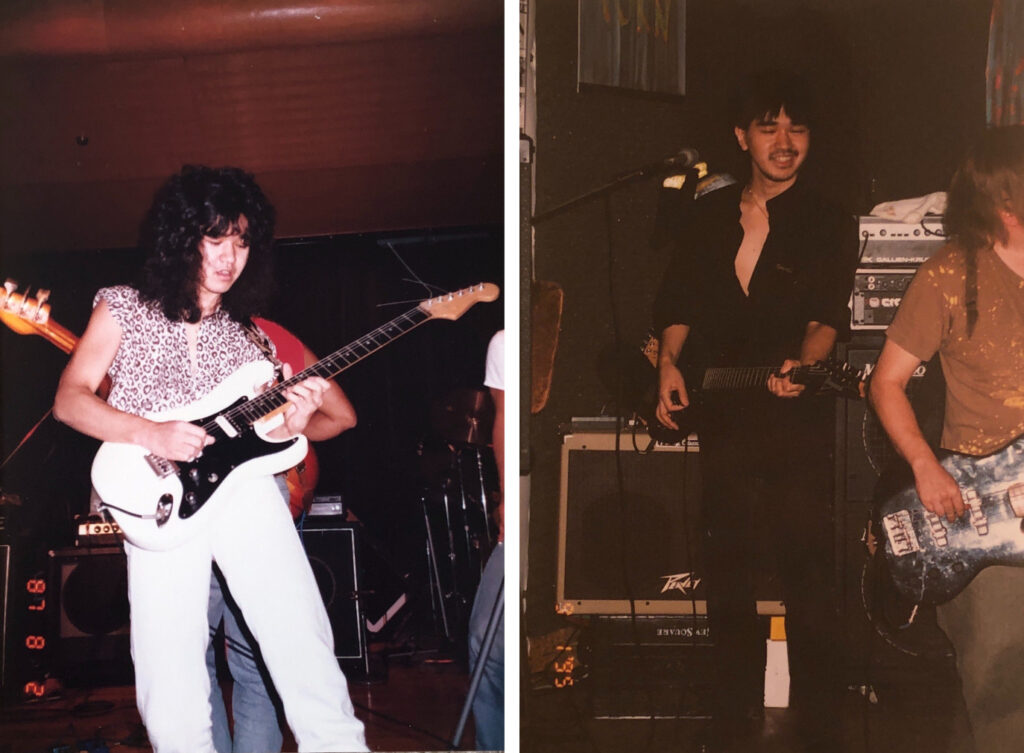 Finally, in 1989, he traveled to the UK. Unfortunately, British authorities wrongfully suspected Kono of intending to illegally immigrate and he was denied entry without setting foot outside the airport, and was forced to return to Japan. “Everyone was so excited for me when I left, so I was so embarrassed and wasn’t even able to return to my house for a while,” he laughed. Two weeks later, he bought a round-the-world ticket and left for the U.S. Here, in contrast to the UK, an immigration official said, “Welcome to America!” Kono was deeply moved by this greeting, and imagined that America was a country with a big heart.

He spent three months traveling across the US by Greyhound bus, and his final destination was New York City. After that, he visited various European countries, but he couldn’t forget the cultural shock and emotions of his trip in America. “I was so moved by the generosity of Americans and the giant scale of the country. I swore to myself that I would one day return to New York City.”

Aiming to live abroad by age 25

Kono returned to Japan and resumed his music activities there, and then came a life-changing event. He met an American woman at a venue in Nagoya where he was playing, and fell in love with her. Four months later, they were married. Soon afterwards, Kono obtained a U.S. permanent residency status and moved to the U.S. Kono had dreamed of living outside of Japan by age 25, and meeting a woman from the U.S. at age 24 was like a red string of fate he had sought. He was, indeed, back in New York by his self-imposed deadline.

Controlling everything by yourself

After settling down in New York, Kono auditioned for a couple of bands, but didn’t like that the band leaders controlled the fate of the groups. He decided to become more independently-minded, focusing on how to do everything himself. He learned how to use computer applications for production and how to play classic guitar, establishing a record label while working a fulltime job. Things didn’t go as he planned, however. “I thought that if I produced quality work, (his albums) would sell, but looking back, I see how naive I was. I had no knowledge about business management and everything sold horribly. From that experience, I widened my focus to include event coordination for music events and conventions to generate another source of income.”

After establishing his own business, Kono increased his client base by volunteering with the Aichi Kenjinkai (NY Aichi Prefecture Society Group). As a native of Aichi prefecture, he became a committee member in 2005, and soon claimed some responsibilities such as creating mailing lists and press releases, as well as managing events like New Year’s celebration and cherry blossom reviewing, among other operations. There are members from all walks of life and ages, and he quickly expanded his network both domestically and internationally after becoming president of the group in 2015 by reaching out to Aichi Kenjinkai in other states. He connected with groups in Japan and Argentina and recently hosted a virtual Kenjinkai Summit (Prefecture Summit). 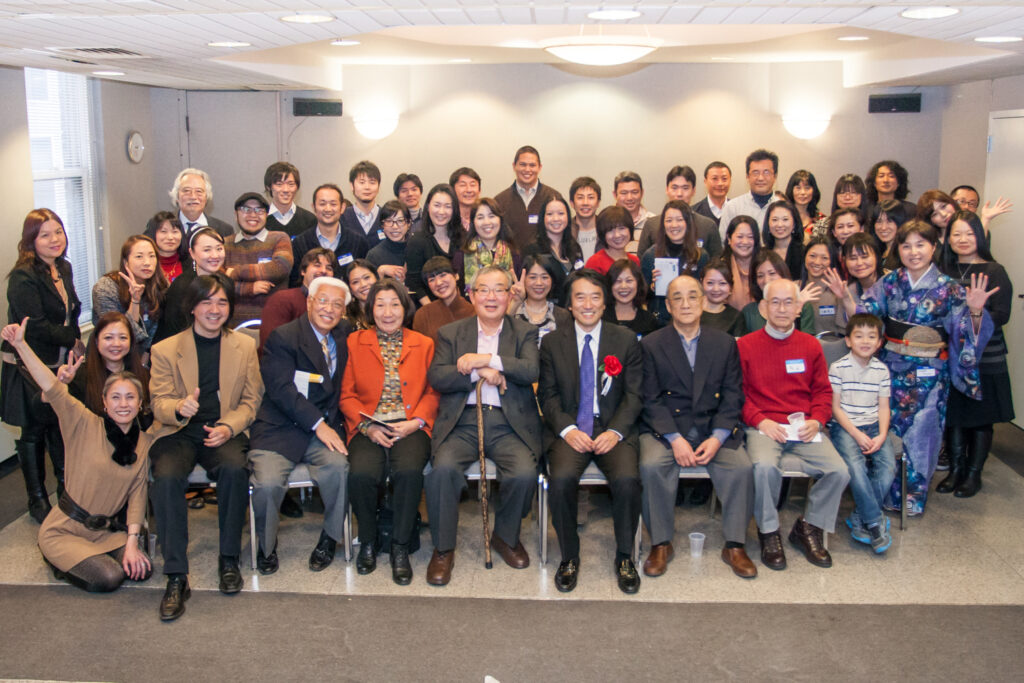 Today, 40% of Kono’s work is producing film festivals. Following the Great East Japan Earthquake in 2011, there was an outpouring of support for Japan, Kono worked with film colleagues to channel this enthusiasm into the launch of the New York Japan CineFest, which featured seven independent Japanese short films. They selected excellent independent films and tickets were sold out, propelling him into the world of films. From 2015, he started collaborating with other Japanese film festivals, and the New York Japan CineFest has become a traveling festival, going to other cities such as Boston, Houston, and Washington D.C. In May 2021 during the pandemic, he, with Chicago-based film producer, started the Chicago Japanese Film Collective, the first Japanese film festival in the Midwest, which was streamed online very successfully. 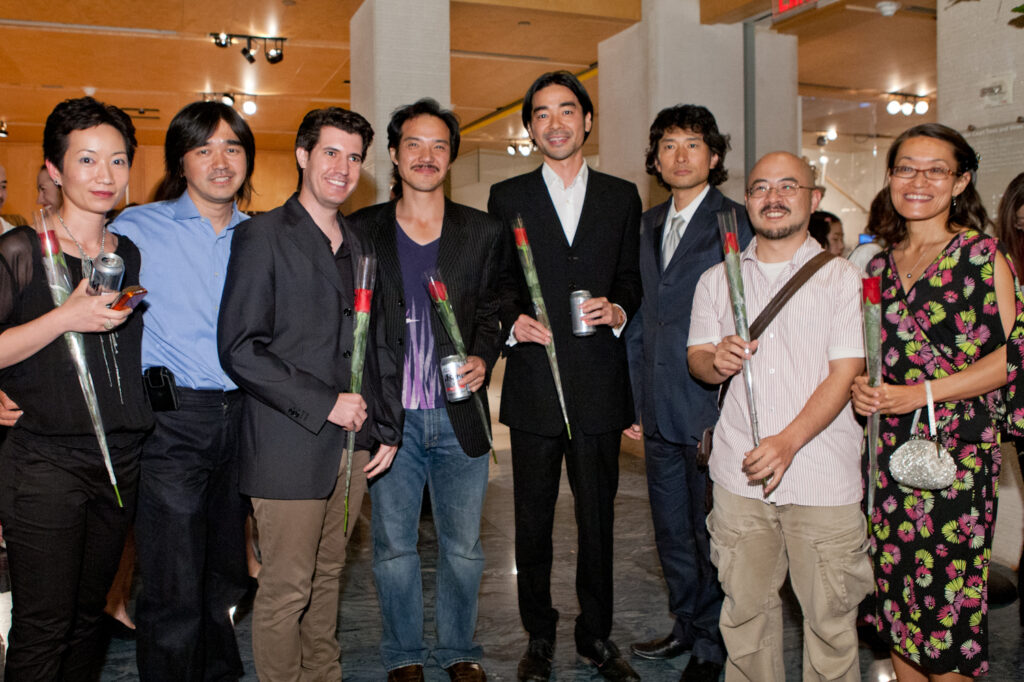 An infinite loop of inspiration

In addition to planning and managing events and producing film festivals and music, Kono has been writing music reviews for a local Japanese newspaper for over 10 years. The vital root of his multifaceted talents is the people. “I like people. I like connecting people, and that’s why I like events. When people find interesting and good content and are touched by them, they share that feeling with someone else, which creates a ring of inspiration that keeps getting bigger,” Kono said.

Because he is inspired by meeting people, he is excited to meet new people every day. But to keep expanding his network, he is mindful that he also needs to listen to the people he meets. “That’s because if you listen closely, there is always something new to learn. When you are speaking, you don’t learn anything new. One has to be generous tolerating opposing opinions and being a flexible person is also important.”

“First, it’s important to go outside into the world. Nothing will happen if you stay in your room. Be curious, and have a lot of questions about what is going on out in the world, because everything happens for a reason. Just trying something out is also important. If there’s something you’re doing now, continue to do that and keep trying.”

Although he has had experienced some major life events like divorce and remarriage, Kono keeps focusing on his work expansion. He started a documentary about a calligrapher in Kyoto. An art collaboration sparked an interest in writing poems since 2021, and his first solo poetry exhibit in Japan, with an artist partner, is currently taking place. His future goal is to create a rock music festival, coordinate musicians’ American tours, and more. His curiosity seems to have no end. “People who work with the goal of money in mind stop working when they start making money, but curiosity does not stop so easily.” His favorite saying is from Bruce Lee, whom he respects deeply. It is ‘Be like water!’  “Resisting the natural flow of things and being yourself regardless of your circumstances. That’s the type of person I want to be!”

Hometown: Nagoya. producer, writer, translator. Came to the United States in 1992, created Mar Creation, Inc. in 2003. Starting in 2008, he coordinates live events, other operations, and does artist and business management.